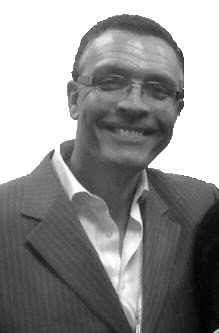 Once characterized by the California Attorneys for Criminal Justice (CACJ) as “Liberty’s Last Champion”, John Stanley was born and educated in the UK, then traveled the globe as an independent consultant in the development, production, and worldwide exploitation of numerous projects in the film and the music industries before founding the law firm of Wegman, Levin and Stanley (WLS) in Los Angeles, CA, where he has resided since 1986.

In 1986, with his then partner, Victor Levine, Stanley purchased Warner Bros. Post Production and Audio Recording Studios, then known as Amigo Studios, which he owned and operated for several years. After the sale of the studio to Indian mega film producers, the Amritrage Brothers, Stanley focused full time on building his law practice.

Prior to WLS, Stanley held consulting positions with NEC, Sony, Warner Bros., National Panasonic, Sega, and other independent companies with varied interests in the entertainment and retail sales fields. As an agent for large studios and independent film production companies, Stanley’s primary responsibility was the acquisition of licenses and rights to produce live action feature film versions of the world’s most popular video games. Ultimately, from 23 of such projects, gross revenues in excess of 1 billion dollars were generated for investment partners.

Stanley, founder of John J. Stanley & Associates, has settled thousands of criminal cases and built his reputation on honesty, transparency and fairness in his dealings with both his client’s and the opposition. As a trial lawyer who has defended clients in numerous jury trials from Domestic Violence to Double Murder, and in both state and federal courts, Stanley’s philosophy has matured into simplicity… “This is criminal defense… we work it out, or we go to trial.”

Salin Nazarian obtained her Juris Doctorate from the Southern California Institute of Law (SCIL) in May of 2013. Before attending SCIL, Salin received her Bachelors in Philosophy from the California State University of Los Angeles. Salin has a passion for Criminal Defense work and has attended many court hearings all across California in pursuit of gaining the knowledge of how the Criminal Court system works in California. She has even attended court hearings in Houston, Texas with senior counsel in the past in order to gain awareness of the court procedural differences between various states.

Salin also has experience in personal injury case management as well as experience in the civil arena; researching various court procedures and laws pertaining to contract disputes and defenses, intellectual property as well as real estate rights. She has even assisted various disputing individuals in negotiating and mediating their disputes prior to reaching any formal litigation and incurring high levels of cost.

Salin is not only an outstanding provisionally licensed lawyer she is on her way to becoming a California licensed attorney. Salin is also an inspiration as she is the first generation in her family to attend university in America. Fluent in Assyrian and Armenian, and conversationally equipped in Farsi, Salin is able to meet the needs of minority persons needing a voice.

If you or someone you know is about to be engaged in a legal matter, contact John J. Stanley & Associates at 818.769.5200 for your free consultation.