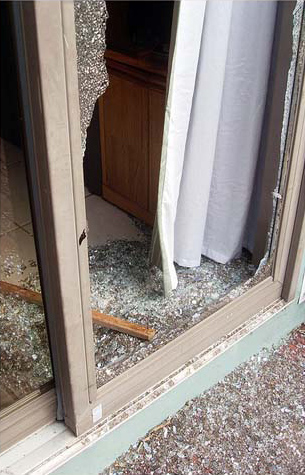 The crime of burglary is a very serious offense that can be punished by up to 6 years in state prison. The critical issue with regard to sentencing for a conviction of burglary is whether or not the dwelling or structure entered was “inhabited”. If it was, then the defendant will generally be charged with ‘first degree’ burglary, which constitutes a ‘strike’ under the California Three Strikes Rule and will more often than not carry a state prison sentence.

Entry into an inhabited structure for the purpose of committing a crime is commonly referred to as ‘Residential’ burglary.

If the structure burglarized is ‘uninhabited’, then the offense is charged as ‘second degree’ burglary and a probationary sentence is more likely to be imposed.

BURGLARY: What the Prosecutor MUST Prove Beyond a Reasonable Doubt

The defendant is charged [in Count ] with burglary [in violation of Penal Code section 459].

1. The defendant entered (a/an) (building/room within a building/locked vehicle/ <insert other statutory target>);

2. When (he/she) entered (a/an) (building/room within the building/locked vehicle/ <insert other statutory target>), (he/she) intended to commit (theft/ [or] <insert one or more felonies>).

To decide whether the defendant intended to commit (theft/ [or] <insert one or more felonies>),please refer to the separate instructions that I (will give/have given) you on (that/those) crime[s].

<Give the following bracketed paragraph if the second degree is the only possible degree of the charged crime for which the jury may return a verdict.>

[If you ﬁnd the defendant guilty of burglary, it is burglary of the second degree.]

[Under the law of burglary, a person enters a building if some part of his or her body [or some object under his or her control] penetrates the area inside the building’s outer boundary.]

[A building’s outer boundary includes the area inside a window screen.]

For the man in the street, probably the biggest surprise in the burglary statute is this crime is not necessarily a ‘theft’ related offense. The accused is guilty of ‘burglary’ if he or she enters any structure, inhabited or not, with the intent to commit any ‘crime’ inside.

If you are not a United States citizen, your immigration status or application for citizenship will be in jeopardy if convicted of Burglary.

If you or someone you know has been charged with Burglary, contact John J. Stanley & Associates at (818) 769-5200 for your free consultation.