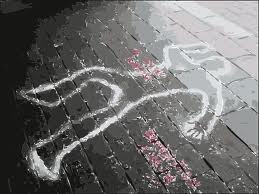 “(a) Murder is the unlawful killing of a human being, or a fetus, with malice aforethought, and without justification or excuse.”

Although the term homicide is sometimes used interchangeably with murder, homicide is broader in scope than murder and simply refers to the death of one person being the result of another person’s conduct. Murder is a form of criminal homicide; other forms of homicide might not constitute criminal acts. These homicides are regarded as justified or excusable. For example, individuals may, in a necessary act of Self-Defense, kill a person who threatens them with death or serious injury, or they may be commanded or authorized by law to kill a person who is a member of an enemy force or who has committed a serious crime. Typically, the circumstances surrounding a killing determine whether it is criminal. The intent of the party usually determines whether a criminal homicide is classified as murder and at what degree.

The laws regarding criminal homicide are complex and often unique to the jurisdiction where the crime took place.

In order to convict a defendant of murder, the prosecution must prove beyond reasonable doubt that the defendant committed the acts in question under a specific mental state. Individuals who have been charged with murder should immediately seek the advice an experienced defense attorney about their legal rights and options.

MURDER: What the Prosecutor Must Prove Beyond a Reasonable Doubt:

The defendant is charged [in Count ] with murder [in violation of Penal Code section 187].

1. The defendant committed an act that caused the death of (another person/ [or] a fetus);

2. When the defendant acted, (he/she) had a state of mind called malice aforethought(;/.)

<Give element 3 when instructing on justifiable or excusable homicide.>

There are two kinds of malice aforethought, express malice and implied malice. Proof of either is sufficient to establish the state of mind required for murder.

The defendant acted with express malice if (he/she) unlawfully intended to kill.

The defendant acted with implied malice if:

2. The natural and probable consequences of the act were dangerous to human life;

Malice aforethought does not require hatred or ill will toward the victim. It is a mental state that must be formed before the act that causes death is committed. It does not require deliberation or the passage of any particular period of time.

[It is not necessary that the defendant be aware of the existence of a fetus to be guilty of murdering that fetus.]

[A fetus is an unborn human being that has progressed beyond the embryonic stage after major structures have been outlined, which occurs at seven to eight weeks of development.]

If you conclude that the defendant owed a duty to <insert name of decedent>, and the defendant failed to perform that duty, (his/her) failure to act is the same as doing a negligent or injurious act.]

[If you find the defendant guilty of murder, it is murder of the second degree.]

[If you decide that the defendant committed murder, you must then decide whether it is murder of the first or second degree].

If you or someone you know has been charged with Murder, contact John J. Stanley & Associates at (818) 769-5200 for your free consultation.