However, if the district attorney or the grand jury determines that this action would be in the interests of justice, the district attorney or the grand jury, as the case may be, may, if the value of the property does not exceed nine hundred fifty dollars ($950), specify in the accusatory pleading that the offense shall be a misdemeanor, punishable only by imprisonment in a county jail not exceeding one year.
A principal in the actual theft of the property may be convicted pursuant to this section.

However, no person may be convicted both pursuant to this section and of the theft of the same property.” 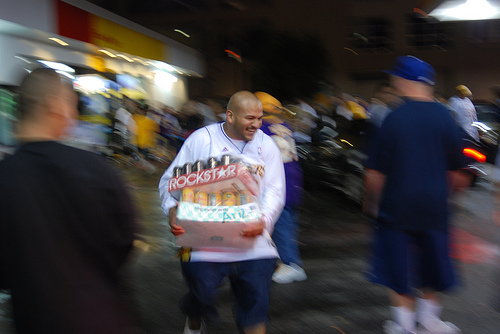 Essentially, the crime of Receiving Stolen Property generally requires a person to buy or acquire possession of property knowing that it had been obtained through theft, embezzlement, larceny, or extortion by someone else. This crime differs from common ‘Theft’ crimes, because it requires someone other than the accused to ‘steal’ or otherwise fraudulently acquire the contraband.

There are numerous federal laws that make it a federal crime to receive stolen property (e.g., vehicles, securities) if the property received was or had been in interstate commerce.

RECEIVING STOLEN PROPERTY: What the Prosecutor MUST Prove Beyond a Reasonable Doubt

The defendant is charged [in Count ] with receiving stolen property [in violation of Penal Code section 496(a)].

1. The defendant (bought/received/sold/aided in selling/concealed or withheld from its owner/aided in concealing or withholding from its owner) property that had been (stolen/obtained by extortion);

2. When the defendant (bought/received/sold/aided in selling/ concealed or withheld/aided in concealing or withholding) the property, (he/she) knew that the property had been (stolen/obtained by extortion)(;/.)

<Give element 3 when instructing on knowledge of presence of property; see Bench Notes.>

3. The defendant actually knew of the presence of the property.]

[Property is stolen if it was obtained by any type of theft, or by burglary or robbery. [Theft includes obtaining property by larceny, embezzlement, false pretense, or trick.]]

[To receive property means to take possession and control of it. Mere presence near or access to the property is not enough.] [Two or more people can possess the property at the same time.] [A person does not have to actually hold or touch something to possess it. It is enough if the person has [control over it] [or] [the right to control it], either personally or through another person.]

To be convicted, the receiver must know the goods were stolen at the time he receives them and had the intent to aid the thief. Paying for the goods or intending to collect the reward for returning them are not defenses. Depending on the value of the property received, receiving-stolen-property is either a misdemeanor or a felony.

If you are not a United States citizen, your immigration status or application for citizenship will be in jeopardy if convicted of Receiving Stolen Property.

If you or someone you know has been charged with Receiving Stolen Property, contact John J. Stanley & Associates at (818) 769-5200 for your free consultation.