Sentencing... A Matter of Time?

Comparative International Rates of Incarceration: US is the Heavyweight Champ! 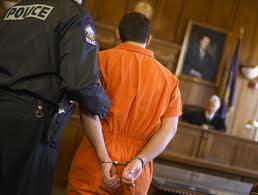 In a study presented to the US Commission on Civil Rights entitled “Comparative International Rates of Incarceration: An Examination of Causes Trends”, “The Sentencing Project” based in Washington, DC, exposed truly alarming statistics regarding a disturbing trend in the US criminal Justice system.

According to the study, the Bureau of Justice Statistics recently reported that there are now two million people in the nation’s prisons and jails. This figure is a record high and represents the product of an unprecedented 30-year rise in the use of incarceration. The national inmate population is now six times that of the approximately 330,000 total of 1972, just prior to the inception of the modern day “get tough” movement. These developments followed a nearly 50-year trend of relative stability in the use of incarceration.

The figures themselves are dramatic, but they take on even greater significance in comparison with other nations. In this regard, the U.S. rate of incarceration of 702 inmates per 100,000 population represents not only a record high, but situates this nation as the world leader in its use of imprisonment. The continuous rise in the prison population in the U.S. has vaulted this country ahead of our old Cold War rival Russia to become the world’s leading incarcerator.

For comparative purposes, the U.S. now locks up its citizens at a rate 5-8 times that of the industrialized nations to which we are most similar, Canada and Western Europe. Thus, as seen in the accompanying chart, the rate per 100,000 population is 139 in England/Wales, 116 in Canada, 91 in Germany, and 85 in France

The high rate of imprisonment in the United States can be explained by several factors:

The study does not suggest that crime is not a problem or that government has no responsibility in this area. Rather, it suggests that what we can learn from an international perspective on the use of incarceration is that the means by which different nations respond to issues of crime and punishment is very much a reflection of policy choices. The paper demonstrates that the consequences of these decisions are wide-ranging and, as is the case in the United States today, have collateral consequences that extend well beyond immediate criminal justice decision making. Unless we address these issues in a comprehensive manner, we risk not only perpetuating ineffective criminal justice policies but aggravating other social problems as well.

Regardless of one’s political orientation, these dramatically high rates of incarceration should be of concern to all Americans. The jarring contrast of the wealthiest society in human history maintaining the greatest use of imprisonment presents a clear indication of troubling circumstances. We can debate the causes of these developments and appropriate remedies, but what is clear is that the problem is one deserving significant public and policymaker attention.

To read the compelling full text of the “Comparative International Rates of Incarceration: An Examination of Causes Trends” study, please click the link below.

If you or someone you know is about to be engaged in a legal matter, contact John J. Stanley & Associates at 818.769.5200 for your free consultation.