“(a) Every person who maliciously commits any of the following acts with respect to any real or personal property not his or her own, in cases other than those specified by state law, is guilty of vandalism:

(1) Defaces with graffiti or other inscribed material.

Whenever a person violates this subdivision with respect to real property, vehicles, signs, fixtures, furnishings, or property belonging to any public entity, as defined by Section 811.2 of the Government Code, or the federal government, it shall be a permissive inference that the person neither owned the property nor had the permission of the owner to deface, damage, or destroy the property. 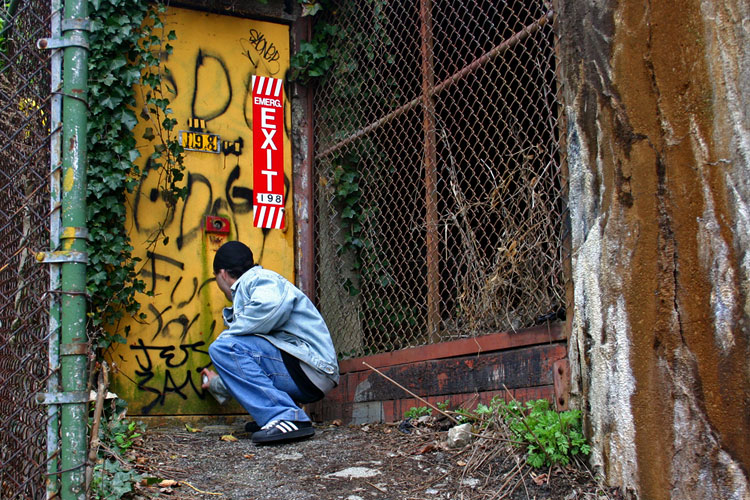 Vandalism is the malicious damage of someone else’s property. The crime of graffiti “tagging” is prosecuted as Vandalism.

Keep in mind that ‘graffiti’ vandalism is often viewed by prosecutors as a ‘gateway’ offense, meaning that law enforcement considers graffiti art and gang activity to go hand in hand. Consequently, a conviction of graffiti vandalism is likely to ‘red flag’ the accused as a potential gang member.

VANDALISM: What the Prosecutor MUST Prove Beyond a Reasonable Doubt

The defendant is charged [in Count ] with vandalism [in violation of Penal Code section 594].

1. The defendant maliciously (defaced with graffiti or with other inscribed material[,]/ [or] damaged[,]/ [or] destroyed) (real/ [or] personal) property;

<See Bench Notes regarding when to give element 3.>

Someone acts maliciously when he or she intentionally does a wrongful act or when he or she acts with the unlawful intent to annoy or injure someone else.

Graffiti or other inscribed material includes an unauthorized inscription, word, ﬁgure, mark, or design that is written, marked, etched, scratched, drawn, or painted on real or personal property.

Vandalism is not limited to common property damage crimes. Additional crimes prosecuted under the California Vandalism Laws include:

In California, particularly Los Angeles, Ventura, and Orange counties, vandals are prosecuted to the fullest extent of the law as part of a general vandalism prevention initiative. Strong legal representation is critically important for anyone who is accused of vandalism, especially when charged with a felony. A skilled legal representation may improve your chances of dismissal or to secure a reduction in charges at the pre-filing, or early stage of the proceedings.

If you are not a United States citizen, your immigration status or application for citizenship may be in jeopardy if convicted of felony Vandalism.

If you or someone you know has been charged with Vandalism, contact John J. Stanley & Associates at (818) 769-5200 for your free consultation.